Before the embouchure is formed, and the instrument is played, be sure to hold your horn properly. Depending on your height, you may need to hold the horn up off of your leg. Make certain that your head is in natural alignment with your spine, and that your head in a natural position. The lead pipe of your instrument should be perpendicular to your mouth.
Step 1: Form the Lips
Say 'DIM' or 'EM' and hold the 'M' sound. Set the lips against the teeth. Your teeth should be about the thickness of the tip of your tongue apart.
Step 2: Buzz Without the Mouthpiece
Moisten the lips. With your mouth in this formation, blow air against the closed lips for a feeling of compression of the air stream.  Let a sudden burst of air out in the syllable PEH. If you do not create a buzz, try placing fingers on the corners of your mouth while you attempt the buzzing.
Step 3: Placing the Mouthpiece
Use a mirror and place about 2/3 of the mouthpiece on the upper lip and 1/3 of the mouthpiece on the lower lip. For many students, the lower rim of the mouthpiece sits on the lip where your lip begins on the bottom lip. The upper rim of the mouthpiece should be above the upper lip line. Place the mouthpiece several time to get the feel for where it should be.
Step 4: Buzz with the Mouthpiece
With the mouthpiece in place, follow the instruction in step 2. Imagine the air streaming aiming through the mouthpiece shank (tubing).
Step 5: Check for Jaw Flexibility
While buzzing with the mouthpiece, move your jaw as if you are lightly chewing. This flexibility will be used when playing in the different ranges of the horn. The jaw will be lower for low notes and higher for high notes.

Are you having problems creating a good tone? If so, compare your tone to the tones that you hear in the sound clips below. These are the sounds of common embouchure problems and information on how to fix what is going wrong.
Airy Tone
Tight, Thin Pinched Tone
Stopped or Restricted Buzz

Other explanations of
embouchure formation 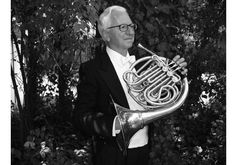 From the article "Basics for Beginning French Horn Students" by Nicholas Perrini:

...it is generally agreed upon that the "pucker" embouchure is the most successful for horn playing. To form this embouchure, the student should first smile, then pucker, bring the corners of the mouth in slightly to form a firm cushion of flesh in the center of the lips. The teeth should be kept apart. The student should be warned against over-puckering (as if to whistle); this embouchure would produce a large, but somewhat uncentered, lifeless sound. The embouchure formed by pulling back the corners of the cheek muscles may produce a thin, harsh tone, limited range, and poor endurance. It is suggested that the formation of the embouchure should be practiced first in before a mirror until it has been perfected. The student should exercise the facial muscles daily by forming the embouchure rapidly from a relaxed lip position.
From the article "Fundamentals of French Horn Playing" by Joseph Schmoll:

The correct embouchure is formed by shaping the lips as if to whistle. The corners of the mouth should be held firmly together, however. Surrounding muscles will be made tense if the corners of the mouth are held together. This is highly desirable because effective use of the muscles will eliminate excessive mouth pressure and make playing more effective. ...The chin should be pointed downward... The corners of the mouth should not spread outward in any circumstance... Puffing of the cheeks is an indication that the facial muscles are not being used properly... Protruding the lower lip away from the teeth is another fault that will cause a great deal of trouble. 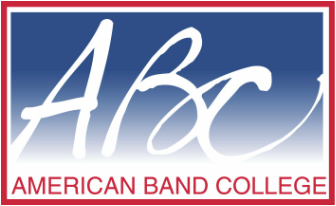 This website was created by Philip Bossenberger, a student at The American Band College of Sam Houston State University.
Proudly powered by Weebly